She appeared yesterday on NPR’s All Things Considered show (listen here) and lo0k what happened. Anne-Akiko Meyers’  Bach album is now in the  US amazon top ten, two behind Bob Dylan (watch your back, Bobcats). 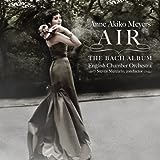 Like Heifetz, she plays both parts of the double-violin concerto. Unlike him, she plays it on different Stradivarius instruments.

That’s what you can afford when you hit #8 on amazon music. 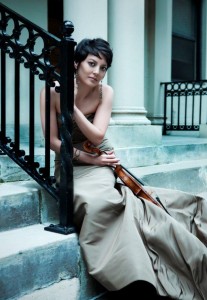 UPDATE: Since I first posted, she has risen to #6. Must be the power of Slipped Disc.