We are hearing from singers that Charles Anthony has passed away. He sang 2,928 times in the house, more appearances than any artist in its history.

Confirmation of his death, at 82, was given tonight in the Washington Post. Probably hasn’t happened since Gorecki #3. I’ve just checked the Nielsen scans and it’s right there on top, a 9th symphony. If you’re not familiar with OLM, get familiar.

It’s just about the best centre for long-form arts and lit reviews that you will find anywhere in English on the web.

Slipped Disc, as you know, does mostly short-form.

So, by way of experiment, they and we decided to swap one review a week, giving readers a taste of the other.

Come the weekend, and every weekend, we will present OLM’s Book of the Week.

He once said that milkmen would whistle his tunes. This is almost a prophecy fulfilled.

The girl’s name is Varvara Soyfer. Bookmark it.

I’ve checked further down her list of videos. She also plays Krenek and Roslavets. This girl has a very adventurous teacher.

Not to be outdone by competing events in Los Angeles and Caracas, Valery Gergiev has been grooming 85 Welsh children to perform in his Symphony of 1,000 next month.

Read all about it here. OKARussiaRlse (1) 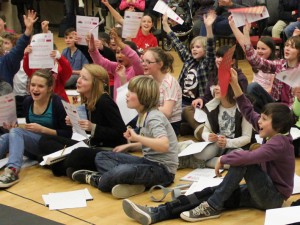 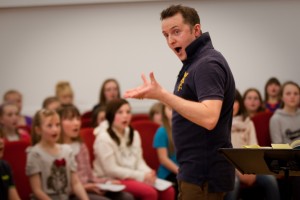 She was Andre’s first wife, co-nominated for two Oscars. She also wrote for Frank Sinatra, Doris Day and Dionne Warwick.

Dory Previn was a successful lyricist for motion picture theme songs during the 1960s and early ’70s, earning three Academy Award nominations for best song; in the mid-’70s and early ’80s, she published books of memoirs and wrote and performed in musical theater works. But she remains best known for the six albums of original songs and one live album she released in a confessional singer/songwriter style between 1970 and 1976.

Previn was born on October 22. Different sources list the year of her birth as early as 1925, though 1929 seems most probable. She was deeply influenced by her father, who was mentally disturbed due to his experience in World War I, and she had a difficult childhood. She began to perform in her teens and after high school attended the American Academy of Dramatic Arts for a year. Thereafter, she was worked as an actress and a dancer, until she began writing song lyrics, which landed her a job at MGM where she wrote under the name Dory Langdon. She was assigned to collaborate with composer André Previn, with whom she became romantically involved. In May 1957, she recorded an album of her songs, The Leprechauns Are Upon Me, with Previn and Kenny Burrell accompanying her, for Verve Records. She and Previn married on November 7, 1959.

In 1960, continuing to use the name Dory Langdon, she began to get frequent assignments to write lyrics for songs used in motion pictures, usually in collaboration with her husband. That year, the Previn-Langdon song “The Faraway Part of Town,” sung in the film Pepe by Judy Garland, was nominated for an Academy Award for Best Song. The Previns’ “A Second Chance” from the 1962 film Two for the Seesaw earned them another nomination. They also wrote independent songs, and during the early ’60s they had cuts on albums by Doris Day, Eileen Farrell, and Jack Jones, while their film songs were recorded by such performers as Bobby Darin, Sammy Davis, Jr., and Eddie Fisher. In 1964, Dory Previn collaborated with Harold Arlen on “So Long, Big Time!,” which was recorded by Tony Bennett for his album The Many Moods of Tony.

In 1965, she suffered a nervous breakdown and was institutionalized briefly. Nevertheless, she continued to write with her husband, and began to use the name Dory Previn professionally for the first time. Frank Sinatra recorded their song “You’re Gonna Hear from Me,” from the 1965 film Inside Daisy Clover, on his 1966 That’s Life album. The Previns’ last creative work together was some of their most popular: In 1967, they wrote five songs for Valley of the Dolls. The Valley of the Dolls soundtrack album spent six months in the charts, and Dionne Warwick scored a Top Ten hit with her recording of the theme song, while her own Valley of the Dolls LP went gold.

In the late ’60s, André Previn made a transition from composing music for films to conducting orchestras worldwide, while living abroad. He took up with 24-year-old actress Mia Farrow, and when it became known that she was pregnant by him, he and Dory Previn separated in the spring of 1969. Their divorce became final in July 1970, and he married Farrow. Dory Previn expressed her outrage in the song “Beware of Young Girls.” Buffeted by the dissolution of her marriage, Previn, after being institutionalized again, returned to writing for films in an increasingly introspective style typified by both “(Theme From) Valley of the Dolls” and her next major film song, “Come Saturday Morning” (music by Fred Karlin) from The Sterile Cuckoo (1969). The Sandpipers, who sang the song in the film, recorded it for a Top 40 hit, and it earned Previn her third Oscar nomination.

She signed with the new Mediarts company founded by former Capitol Records executive Alan Livingston and producer Nik Venet. The result was Mediarts Records’ first release and her first album in 13 years, On My Way to Where (July 1970), which sold 25,000 copies. The album’s lyrics were published in book form in 1971. Previn sold more than 50,000 copies of her second album, Mythical Kings and Iguanas, released in 1971. Mediarts was then sold to United Artists Records, which reissued her first two albums and released her third, Reflections in a Mud Puddle/Taps Tremors and Time Steps, later in 1971. In 1972 came Mary C. Brown and the Hollywood Sign, a thematic album about Hollywood misfits whose songs were intended for a musical revue that ran briefly in Los Angeles in November 1972. Meanwhile, Previn’s screenplay Third Girl from the Left was filmed and broadcast as a TV movie on ABC on March 10, 1973; she also wrote the title song and sang it in the film.

Previn, who refused to fly, rarely performed live, which tended to limit her commercial success (though four of her albums just missed charting among the top 200 bestsellers). But she did do a few shows, and on April 18, 1973, she performed a concert at Carnegie Hall in New York that was recorded and released later that year as a double LP, Live at Carnegie Hall. She then switched to Warner Bros. Records and released Dory Previn in 1974, followed by We’re Children of Coincidence and Harpo Marx in 1976. That year, she published her first autobiography, Midnight Baby. It was followed by a second volume, Bog-Trotter, in 1980. Also in 1980, she performed in a musical revue of her songs, Children of Coincidence, in Dublin. The show was filmed and broadcast on Irish television under the title Hunky Dory.

Previn was not much heard from after the start of the 1980s, though she performed in London as late as 1986 and wrote a stage work, The Flight of the Gooney Bird. In the late ’90s, her publishing came under the aegis of Williamson Music, the publishing arm of the Rodgers & Hammerstein Organization, which published The Dory Previn Songbook, featuring illustrations by her husband, Joby Baker. In 2002 Previn’s antinuclear and environmentally themed Planet Blue, a recording reportedly issued in protest to the war in Iraq, was made available as a free Internet download. The Art of Dory Previn, a compilation of her music from the early ‘70s, was released in January 2008 by EMI. BGO Records in England has also licensed and reissued her United Artists albums on CD. ~ William Ruhlmann, Rovi

The Pittsburgh Symphony Orchestra survived the overnight departure of its president a few months back. It wasn’t taking any risks on the music director.

Manfred Honeck was given a contract renewal to 2020, and told to sign. He has been there four years, so far, and has turned insitutional uncertainty into sure-footed confidence.

Jodie Christian, who played all the way through from bebop to post-modern, has died aged 80. He was founder of the Association for the Advancement of Creative Musicians, long may it advance without him.

Here he is, four years ago, at Montreux.

Many have wondered how Whitney Houston brought off the national anthem so effortlessly at the 1991 Superbowl, and some malign souls have accused her of all sorts of deceits – lip-synching, post-dubbing, whatever.

Now the truth is out. Her career-long music director, Rickey Minor, talked about her on The Tonight Show with Jan Leno, where he is bandleader.

‘That was one take,’ he swore. Read on here. Listen to the anthem here.