This is a relay of the New Year’s Day world premiere of Glass’s new symphony from Linz. There’s a Beethoven 8th and a lot of German continuity to wade through first but, if you’re a Glass fan, you won’t be bothered by long stretches of things you didn’t pay to hear.

While husband Fabio conducts the Met’s blundering ring, Barbara Luisi is setting up an exhibition of her photographs next door, with musical accompaniment:

PEARLS, TEARS OF THE SEA 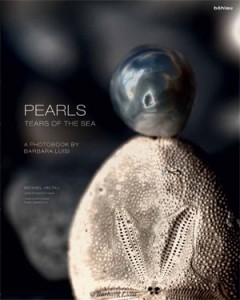 The orchestra has filed a request to leave the bankruptcy protection programme. It needs to raise $160 million and cannot attract new support while the threat of liquidation looms. However, the court cannot let it loose again as a trading entity until it shows signs of solvency.

Meantime, the manager is on a one-month contract and the musicians are taking flight. Here’s Peter Dobrin again, totally on top of the story.

The Vienna University for Economics has suspended populist Professor Franz Hörmann with immediate effect for denying the Holocaust and saying he knew nothing about gas chambers. Report here.

Hörmann says he has been misunderstood.

With Anja Harteros in final due from Verdi’s Don Carlo.

Neil is the latest recruit in the back-to-vinyl campaign.

Here’s his clincher argument: ‘Steve Jobs was a pioneer of digital music… but when he went home he listened to vinyl. And you’ve got to believed that if he’d lived long enough, he would have done what I’m trying to do.’

Discuss among yourselves. Quietly, please.

Mike Kelley, 57, Detroit-born founder of Destroy All Monsters, is thought to have taken his own life. Equally active in aural and visual media, his work was praised for its ‘clutterfuck aesthetic’ (also: clusterfuck). Definitions, anyone? Applicable to any classical musicians?

The board has raised $35.5 million towards an immediate $44 million target, but that’s way short of the $160 million needed to stay afloat.

Meanwhile, Peter Dobrin reports that three principal players have fled to other orchestras and a fourth, trombonist Nitzan Haroz,

is auditioning for Los Angeles. Dobrin fears a further wave of defections and warns that the very character of the orchestra is being undermined.

The conductor Adam Fischer has joined the chorus of cultural opinion demanding the isolation of Victor Orban’s government.  Fischer, 63, urged the conservative grouping in the European Parliament to expel the Hungarian group, on the grounds that it legitimised antisemitism and racialism.

In a letter to the group, he added: “In Western Europe since the Second World War there has been a consensus to put racist ideologies in political quarantine… Anti-Semitism is prevalent in Hungary today and the ruling party makes it socially acceptable.’

The pianist Andras Schiff has previously announced that he will not return to Hungary under this regime. Eminent academics have warned that Hungary in on the verge of turning fascist.