The New England Conservatory has announced the immediate departure of its Youth Philharmonic conductor, Benjamin Zander. 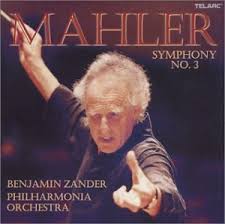 No reason was given and Zander was unreachable for comment. His facebook page is starting to show messages of regret from players past and present.

Conservatory officials told AP that its director, Tony Woodcock, had disciplined a staff member who, over the past ten years, employed a videographer to record rehearsals and performances of preparatory school students. The videographer was known to be a registered level-2 sex offender.

Zander, English born, is widely known as a meticulous conductor of Mahler and the late romantics and an inspirational lecturer to business conferences. He is also chief conductor of the Boston Philharmonic Orchestra.

I have known him for a very long time and would not suspect him of anything worse than extreme naivety and, perhaps, excessive loyalty to his friends. There is no suggestion that he acted improperly in any way towards students.

Tony Woodcock, also English, is a former head of the Bournemouth and Minnesota orchestras. He, in my experience, is not a man who acts impetuously.

More details as they come in.