Criticising the critics: let's start at the top

Many of America’s best music critics are away this week, teaching a course in criticism for the new Stephen and Cynthia Rubin Institute at Oberlin Conservatory, in Ohio.

Meanwhile, it’s business as usual on the Times. Reading this morning’s paper, I wondered what would happen if Anthony Tommasini review of a Lang Lang performance of the 2nd Bartok concerto was subjected to tutorial criticism. It might look something like this (Times text in italics): 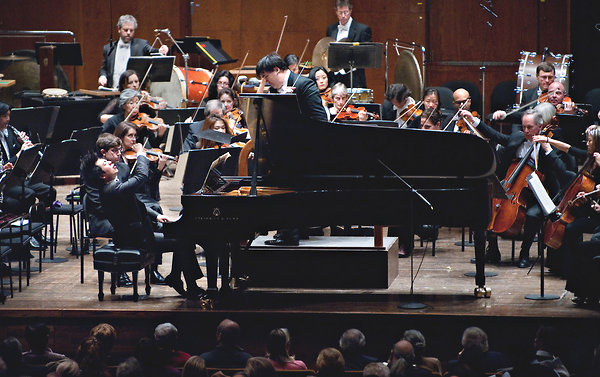 May, or does, cultivate? And why ‘shamelessly’? Do we know he feels no shame? Personally, I’ve found him very sensitive to his faults. In any event, adverbs should be used sparingly, as a last resort. See me after class.

And he has been criticized widely for exaggerated expressivity.

Widely – another adverb. And by whom? What is meant by ‘exaggerated expressivity’ – when is expressivity, whatever that might be, considered excessive, and when tasteful? I have no idea what the sentence is trying to convey, other than a pejorative impression.

Still, no fair-minded person can deny that Mr. Lang has stupendous technique and keen musical instincts.

Still? What’s the time reference here? And why the denial? either Lang Lang has the qualities specified or he hasn’t. Far too equivocal.

There was no showing off on Wednesday night at Avery Fisher Hall when Mr. Lang played Bartok’s Piano Concerto No. 2…

Baffled, again. How can a soloist fail to show off? He’s there to be seen and heard. Check the picture.

Pianists consider it among the most technically demanding of all concertos. Mr. Lang gave a brilliant performance, not just glittering and incisive but joyous and smart.

I’m bothered by ‘pianists consider it’. It either is, or isn’t. State your case.

Mr. Lang, who can play anything easily, seemed intensely focused on this occasion. He performed reading from the score with a page turner to assist him: a sight his ardent fans rarely see.

‘Intensely focused’ – is that because he’s squinting at a score he ought to know by heart, or is some other intensity brought to bear? State which.

One  could continue. Every sentence so far of this Times review contains a semantic, stylistic or logical flaw. A harsh tutor might call the critic’s performance (unlike Lang Lang’s) lazy. What it suggests is that the Times needs to employ better night staff to read incoming reviews and that some of its critics could have benefited from being at Oberlin this weekend – on the students’ bench.

Lang Lang, by the way, is staying on in New York to lead Chinese New Year celebrations.