Purse your lips: it's the year of the flute

If you have any time next year to take your mind off the economy and the Olympics, the spare attention will be taken up by a tootle of flutes.

It’s the 50th anniversary of the death of Jacques Ibert 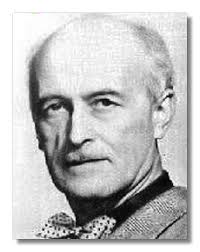 , a French composer who did more for the silver tube than anyone since Pan, as well as the centenary of the birth of his compatriot Jean Francaix,

who wrote a much-played flute concerto and stuff.

But the biggie, and they don’t get biggier than this, is Friedrich der Grosse, the flute-playing Prussian who made tootling as obligatory as the goose-step. Fred the Great has gone down in history for many other things, not least his influence on another German leader whose name momentarily escapes me. But the tercentenary of Frederick’s birth will not escape unnoticed. Oh, no.

In Potsdam, they are planning a musical, Frederick, Myth and Tragedy.

I can just imagine the show-stopper:

Feel free to send in your own contributions.

« This orchestra works with the homeless at Christmas

The son also rises: Masur's boy gets a foot on the ladder »