Was Don Giovanni a Jew? Discuss.

The classical music critic of Tablet magazine, David P. Goldman, has published a fascinating theological subtext to the Mozart/da Ponte opera, arguing that it foretells the doom of Christianity and the European social order.

Da Ponte was an Italian Jew who was converted as a youth to Christianity, reverting to his original faith once he reached the United States.

One might also wonder whether da Ponte did not use the Don as a personal surrogate, wreaking vengeance on Christian women and families for the persecution of the Jews by church and society, and the expulsion of his ancestors from Spain. 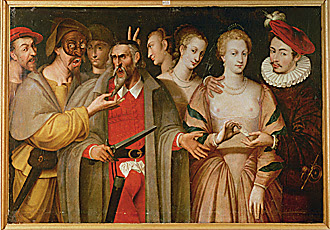