The conductor Paul Mann shares his experience of the reckless talent that was Ken Russell:

So sad to read about Ken Russell. He was a hero of mine. Often that shock of white hair was to be seen on the front row of the concert hall in Poole for Bournemouth SO Concerts, including for an Elgar 2 of mine. I remember feeling all the way through that performance that it was all for him, as thanks for that wonderful old BBC film… My first job, in the early nineties, was as a company pianist and conductor for Northern Ballet. At one stage, Christopher Gable was going to get Ken to direct a Dracula ballet. It never got off the ground, but he had a great idea for how the show should open…It would start as a normal ballet, with dancers in tutus and Giselle-like music. Then, when it had gone for slightly too long and people were starting to wonder about the Dracula ballet they thought they’d come to see, one of the dancers would fall over very badly and start bleeding profusely. The ASM would come onstage and ask the audience if there was a doctor in the house. At that moment, the lights would change, there’d be a screech from the orchestra, and Dracula would stand up in the audience. Typical Ken, and such a regret that it never happened! 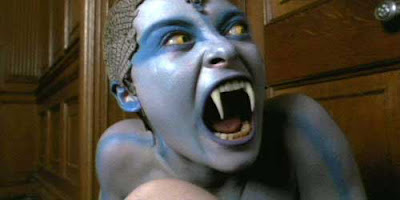