The wheels of justice grind slowly in Austria, but the prosecutor in the case of the missing millions at the Salzburg Easter Festival has finally decided that there is a case to answer by two former managers.

If the Justice Department agrees, charges will be brought against Michael Dewitte, 45, the festival’s former managing director, and Klaus Kretschmer, 51, his technical director.  Both will face sample charges for mishandling 675,000 Euros, rather than the full amount. They are alleged to have ‘diverted’ donations to the festival, though no recipient has been specified.

Dewitte’s location is unknown. He is thought to be in Belgium. Kretschmer was discovered beneath a bridge in February 2010, after an apparent suicide attempt. He is said to be fit to face trial. Here’s the Salzburg Nachrichten report.

Discovery of the shortfall produced a financial crisis at the festival, founded by Herbert von Karajan 40 years ago and still supervised by his widow Eliette (below). A former EMI record executive, Peter Alward, was appointed to stabilise the event. 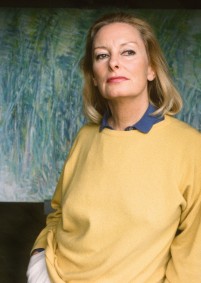 « Mais oui, there is an afterlife

How to buy a record review »