I have it on the authority of his record producer and good friend Paul Myers that the Canadian piano legend was deeply smitten with the music of David del Tredici. He called A Final Alice (conducted by Solti) ‘Mahler on acid’, a perfectly euphonious compliment.

Paul has a further secret to share about Glenn’s attire:  ‘Whenever he was to be photographed, he would, as instructed, arrive with a clean shirt, still in its pins and wrappings, but he didn’t own a tie, so what you saw was what I was wearing.’ 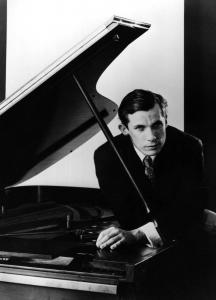 Sony has just released a boxed set of Glenn on TV. Check those ties. Paul was ever a natty dresser.

The Berlin Philharmonic want to change the sound of Mahler »