When EMI sold a maestro for a pack of fags

One of the earliest scandals I uncovered in classical music was a dirty little deal that was being struck by EMI with a tobacco giant to release a Beethoven cycle in the livery of a luxury cigarette brand.

This was a sensationally good deal for the death peddlers. The tobacco industry in 1979 was having its advertising progressively banned and needed a new strategy to reach potential smokers. Elite sports, like Formula 1, along with high-class art forms were a way of targeting richer puffers. ‘We want to be associated with your leisure and pleasure,’ the fixer told me and the idea of doing a Beethoven set decked out to look like Du Maurier cigarettes was a perfect pitch for the business-class traveller.

The only problem for EMI was in getting a conductor to agree. Western maestros, even the youngest and least significant, would not let their name be outshouted on the packaging by a bright red cigarette brand – the Du Maurier cycle. But a conductor from a Communist country had no say in the matter. The deal was done with his political masters in East Berlin and Kurt Sanderling turned up in London to deliver a set of performances full of personal insights and intellectual depth (Gramophone hated it).

I doubt whether Sanderling was ever told that he was doing his bit to promote the global tobacco industry; he must have had a shock when he saw  the finished product. At any rate, he emerged from the enterprise unstained and with the orchestra’s respect. It was EMI who were left looking tawdry and desperate.

The episode came to mind this morning because Imperial College has published a piece of research showing that young people are being lured into smoking through images on UK, US and Canadian movies that receive tax-payers’s subsidy. So they’re still at it. 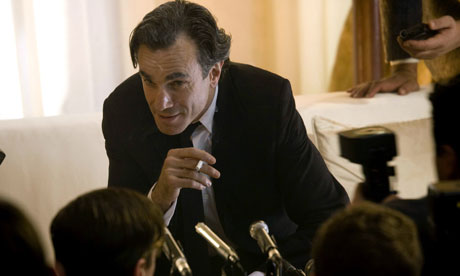 « Make way for The Passenger

The violinist who was executed in the Tower »