What have you got planned for the next Mahler anniversary? After that, it’s June 26, 2012, a hundred years after the first performance of the ninth symphony. 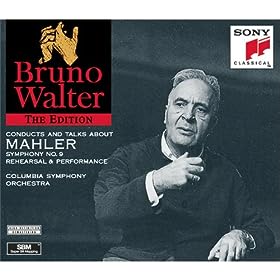 Why mention them? Because anniversaries are integral to Mahler. Here’s part of the introduction to the new paperback editions of Why Mahler?

More than any other composer, Gustav Mahler owes his posterity to anniversaries. It was the centenary of his birth in 1960 that caused BBC producers in London and Leonard Bernstein in New York to put on groundbreaking cycles of his symphonies, restoring his music to concert circulation. Sixty years after his death, in 1971, Luchino Visconti’s film Death in Venice introduced Mahler’s music to a mass audience. The 75th anniversary, 1986, prompted Claudio Abbado to form a pan-European orchestra, the Gustav Mahler Youth Orchestra, which in turn yielded the Mahler Chamber Orchestra, applying the composer’s name as a hallmark of excellence. Anniversary by anniversary, stage by stage, Mahler’s fame extended to a point where, in December 2010, the Philharmonie in Berlin opened an exhibition under the evangelical title, His Time Is Come. In half a century, Mahler had gone from near-zero to folk hero.

The 150thanniversary of his birth in 2010, running into the centenary of his death in 2011, enabled slow-moving orchestras to plan a surge of symphonic cycles for this second coming – in Sydney, Seoul, Beijing, Rome, Leipzig, Stockholm, Cracow, Paris, Manchester, Birmingham, Amsterdam, Prague, Düsseldorf and Munich, not to mention triennial cycles in Pittsburgh, Boston and more. On London’s South Bank, there were 27 Mahler concerts over the two years, and as many again across the city at the Barbican, Royal Albert Hall and elsewhere. Listeners were spoilt for choice – two Resurrections in the UK on the same Saturday night; Rattle in the third or Oramo in the tenth on a grey Wednesday in February.

It is encouraging that the end of the Mahler centennial will mark the start of a Mahler Project in Los Angeles and Caracas by the most exciting interpreter of a new generation, Gustavo Dudamel.