The man who balanced Deep Purple with the London Symphony Orchestra

Sad news has just reached me that Moray McMillin has died.

He worked as sound engineer on tour with Whitesnake, Black Sabbath, Ozzy Osbourne, Siouxsie and the Banshees, Public Image Ltd, and Suzanne Vega. But the toughest assignment on nine years of touring with Deep Purple was the 1999 Jon Lord-led gig that he engineered with the London Symphony Orchestra in the Royal Albert Hall, conducted by Paul Mann.

After two RAH concerts and a famous recording, they went on to tour 40 concerts in South America, all the way through Europe, and in Japan.

Quite apart from the balancing problems there were temperamental inequalities between the two bands that had to be carefully managed. Moray, by all accounts, was brilliant. 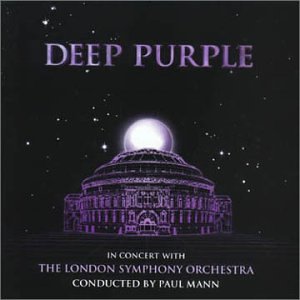 I met him briefly once at Abbey Road. Lovely man. Sad to see him go. Expect more reminiscences later.

« An orchestra the government says 'is not worth keeping'