It has just been released that ‘one of the most celebrated artists of our century’ will grace the 9/11 concert at Lincoln Center this Sunday.

But Jessye Norman’s not going to sing. She’s going to take the narrator’s part. And not in one of the great works of oratory, either. Why’s that? 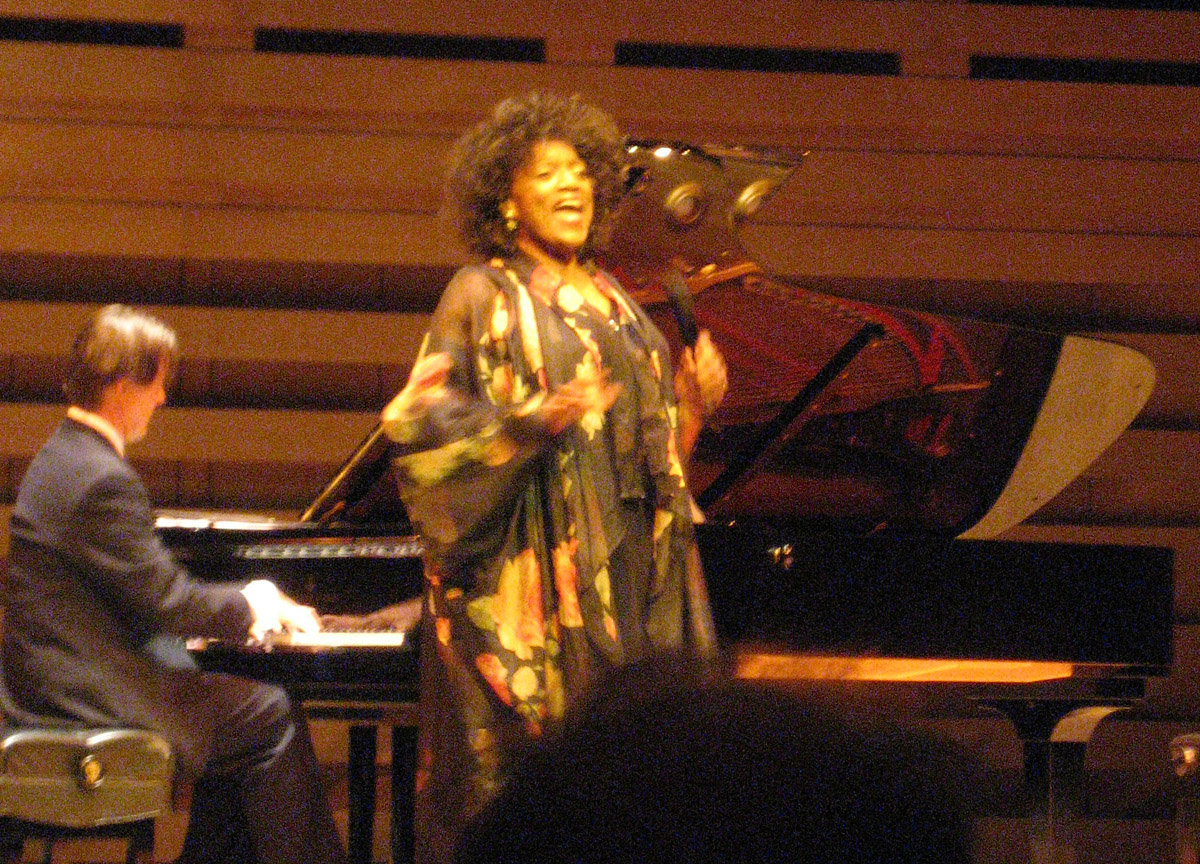 A Concert of Commemoration, Honoring the 10th Anniversary of 9/11

For Immediate Release, September 6, 2011, New York, NY … Jessye Norman, celebrated opera singer, activist and American icon, joins DCINY on the afternoon of September 11thfor A Concert of Commemoration, Honoring the 10th Anniversary of 9/11. Over 600 musicians will fill the stage for the concert featuring iconic music of war and peace, including over 300 members of England’s renowned Really Big Chorus. Miss Norman will speak the role of the Narrator in Karl Jenkins’s For the Fallen: In Memoriam Alfryn Jenkins, in its U.S. premiere. Jenkins wrote For the Fallen in memory of his Welsh uncle, Alfryn Jenkins, a viola player who was captain of a Lancaster bomber that was lost, with an all Welsh crew, over Berlin in 1944 while the composer was an infant.  It is set to the iconic poem by Laurence Binyon, which incorporates the Last Post bugle call, a soprano solo (Erika Grace Powell) and narration. The piece debuted last year at the Festival of Remembrance at Royal Albert Hall.

The program also includes Jenkins’ The Armed Man: A Mass for Peace, a stirring work that has been performed nearly 1000 times in 20 different countries since it was written in 2000, and René Clausen’s Memorial, written in 2003 to commemorate the victims of 9/11.The Distinguished Concerts Orchestra International and Distinguished Concerts Singers International will perform.