What the bankers must do to save EMI

No reason was given last night for the removal of Eric Dingman as head of EMI Classics other than the pusillanimous excuse: ‘He’s moving on’. It’s a line from the Beatles, but you wouldn’t expect Citibankers to know that.

Actually, the figures at EMI Classics have been quite good since Eric was hauled off the clothes rail and hired to run a music business. He  ran foul of a few classical artists whom he offered to make famous – they thought they were already – but astute exploitation of back catalogue brought a good bottom line and the bonus hunters at the idiot bank were kept happy, for a while.

The problem was, as ever, creative. EMI was signing no new artists and losing prime assets. 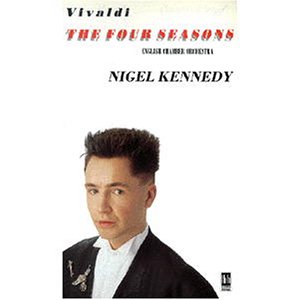 Nigel Kennedy, once a major profit centre, swung off to Sony. The Belcea Quartet, among the best of its generation, felt neglected and withdrew. Others down the line have been seeking other outlets. Apart from the ever-loyal Antonio Pappano, EMI’s talent cupboard has been looking as bare as a post-riot phone shop.

If the bankers care about EMI as an asset, that’s a priority they need to address without delay. Sign some artists, summon a sense of renewal. But they can’t, and they won’t. All they want to do is get the bloody label off their books. But before they manage to do that, more heads will be hired and fired, more payoffs will be made and more ridicule will fall upon Citibank for its imaginative impotence.

Why would anyone trust such a  bank with their money?