If you miss Mansfield Park tonight in East London, here’s more classic romance coming your way – the soundtrack for the movie Jane Eyre, composed by Dario Minelli with Jack Liebeck as solo violinist. Details below. 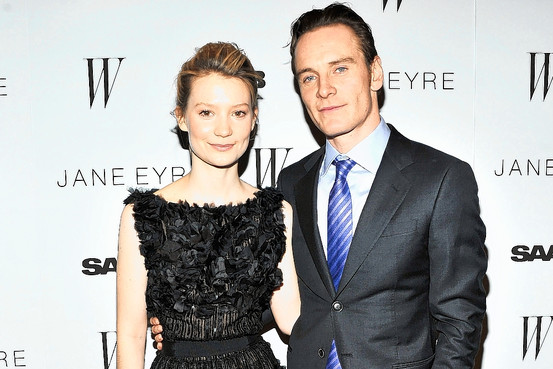 Sony Classical is delighted to announce the release of the Original Motion Picture Soundtrack of Focus Features’ new film Jane Eyre, available in the UK on 12th Sep 2011 (cat. no. 88697852582).  The film also opens in the UK in September 2011.

Academy Award-winning composer Dario Marianelli (Atonement) has created a romantic and moving score, performed by acclaimed violinist Jack Liebeck, as the perfect complement to the new movie version of the celebrated story.

Dario Marianelli’s Jane Eyre score heavily features a solo violin, recorded for the film by acclaimed 2010 Classical Brit Award-winning violinist, Jack Liebeck.  Marianelli is known for the gift of capturing the emotional and poignant elements of a story in his music.  His score for Atonement earned him Golden Globe and Academy Awards and his work on Pride & Prejudice was also Oscar-nominated.   His other film credits as composer include Eat Pray Love, Agora, The Brave One, The Soloist, Everybody’s Fine and V for Vendetta.

In the 19th century-set story, Jane Eyre (Ms Wasikowska) suddenly flees Thornfield Hall, the vast and isolated estate where she works as a governess for Adèle Varens, a child under the custody of Thornfield’s brooding master, Edward Rochester (Mr. Fassbender). The imposing residence – and Rochester’s own imposing nature – have sorely tested her resilience. With nowhere else to go, she is extended a helping hand by clergyman St. John Rivers (Jamie Bell of Focus’ The Eagle) and his family. As she recuperates in the Rivers’ Moor House and looks back upon the tumultuous events that led to her escape, Jane wonders if the past is ever truly past…

Commented composer, Dario Marinelli: “Of many joys I had while discovering a musical language that could accompany Jane on her path, none was greater than meeting violinist Jack Liebeck: his passionate, wholehearted, generous playing became the inner voice of Jane’s true self. After hearing him playing and then meeting him, my score no longer had ‘solo violin’ marked in the appropriate part. I simply had “Jack” written in its place.  He truly has brought the music to life”.