Daniel Barenboim tweets: there are 14 new productions in my Berlin season.

Well, not quite. It breaks down to eight new shows in the main house and six on the Werskstatt studio stage.

And there’s a new venue – a converted former power station. Quite an enterprise to put on 370 events in a season. 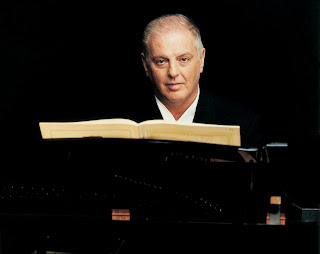 The 2011/2012 Berlin Staatsoper season, its second at the Schiller Theater while the company’s home on the historic Unter den Linden is being renovated, will feature eight new productions on the main stage as well as six additional new productions on the Werkstatt studio stage. In addition, there will be one visiting production, two operatic concerts, 19 operas from the repertoire, over 80 concerts, the annual Festtage series at Easter, the second year of the Infektion! festival of contemporary music theater, one new and four repertoire productions by the Staatsballett Berlin, a continuation of the Schlaflos in Charlottenburg series in the foyer, and numerous projects by the Junge Staatsoper. The Staatsoper’s program comprises an impressive total of 370 events during the season.

Two operas in concert will also be presented: Montezuma by Carl Heinrich Graun, starring Vesselina Kasarova and Pavol Breslik, and Bellini’s Normawith Edita Gruberova, Sonia Ganassi and Johan Botha.  Daniel Barenboim will conduct the Staatskapelle in four concert programs as well as the traditional New Year’s concert, two charity events for the reconstruction of the Staatsoper Unter den Linden, a gala concert celebrating the tenth anniversary of the Jewish Museum Berlin, and three symphony concerts with both the Staatskapelle and the Filarmonica della Scala as part of the Festtage 2012. The concert soloists include Anna Netrebko, El?na Garan?a, Anne-Sophie Mutter, Alisa Weilerstein, Jonas Kaufmann, Maurizio Pollini and Radu Lupu. The Barenboim Cycle will offer collaborations with Christine Schäfer, Dorothea Röschmann and Thomas Quasthoff. In addition, René Pape will perofrm a song recital with Daniel Barenboim as accompanying pianist as part of the 2012 Festtage.

The Staatsoper will also present a six-part piano cycle featuring Daniel Barenboim as well as his colleagues Yuja Wang, András Schiff and Pierre-Laurent Aimard.  On 30 June 2012 the performance of Mozart’s Don Giovanniwith Anna Netrebko at the Schiller Theater will be shown live on the Bebelplatz, followed on 1 July 2012 by a concert with Daniel Barenboim and the Staatskapelle Berlin.