Here’s the official medical bulletin from Salvatore Licitra’s website. Keep up those prayers for his recovery.

Salvatore Licitra remains in Garibaldi Hospital in Catania, Italy, after his accident in traffic riding a scooter on August 27, 2011. Due to his severe head injuries surgery was necessary. The operation was successful. He is in a coma, however, in stable condition.

As the hospital declared for today, no changes were reported regarding the health situation of Salvatore Licitra. In consideration of the symptoms the actual condition remains stable and unchanged (bulletin of the hospital on August 31, 2011 at 11:30 am).

His doctor, dott. Sergio Pintaudi, previously indicated that Salvatore Licitra may have had a bleeding inside the brain, cerebral hemorrhage, immediately before the accident. This could have caused him to loose control of the vehicle.

Yeah, that’s him, fresh from the Apple store (remember?) A small group of musicians has sent a letter to the Independent newspaper calling on the BBC to cancel this week’s Prom by the Israel Philharmonic. The gesture is absurd, almost beyond words. The BBC knew what it was doing when it invited the Israel Phil. Political conditions have nmot changed markedly since the invitation was issued.

To cancel now would constitute breach of contract and leave an empty Prom night – something which has not happened for nearly 30 years (apart from a fire alarm in 2006, as one sharp-eyed reader points out).

So why send the letter? To draw attention to themselves, I suspect.

None is a player of great note and at least one is a permanent pro-Pal activist.

Catherine Ford (violinist, Orchestra of the Age of Enlightenment)

Roy Mowatt (violinist, Orchestra of the Age of Enlightenment)

UPDATE: None of the above musicians has, so far as I am aware, condemned the disruption of the concert by people sharing their views. Here’s a further reflection.

Forced to pull out of an important China tour after a single warm-up performance in Mastumoto, the 76 year-old conductor has reportedly been admitted to hospital with a bout of pneumonia. Here’s Reuters bulletin.

I am thrilled to learn from BBC Newsbeat that a baby announcement on a minority channel broke the twitter record at 8,868 tps (tweets per second, newbies).

I am even more thrilled to learn that it is a new baby in the Mahler family. The singer Beyonce, pregnant at 29, is an eighth cousin of the great composer, four times removed (see Why Mahler?, page 13).

Let’s wish her an easy pregnancy and happy outcome. If it’s a boy, this could bring Gustav right back into the top ten baby names.

(yep, that Alma with baby Anna from http://www.alma-mahler.com)

The Shostakovich Wars – or how US academics ganged up on Solomon Volkov’s book Testimony – is now online and free to read.

The chapter that will excite most interest is a devastating, line-for-line account of the twists and turns that Professor Richard Taruskin has performed to maintain an intellectually untenable position. 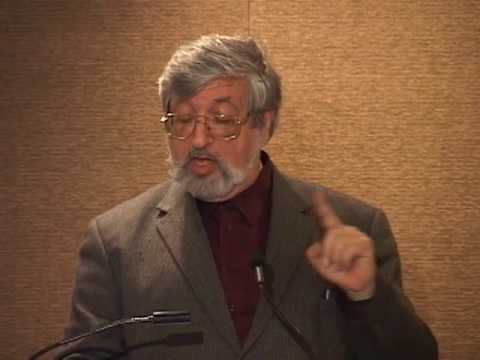 Taruskin is not just the Most Brilliant – an accolade bestowed on his by the authors Allan B Ho and Dmitri Feofanov* – but also the most powerful musicologist in America, a maker and breaker of academic careers.

This contrapuntal account of his works makes irresistible reading.

Here’s in the link: http://www.siue.edu/~aho/ShostakovichWars/SW.pdf –

*Allan B Ho has just contacted me to disown the Most Brilliant accolade. It was, he says, bestowed by ‘one of Taruski’ns longtime friends, Rose Subotnik, hence the quotation marks.  He or his publisher then used that for promotion purposes on the dust jacket of his book “Text and Act”. ‘

Ahead of tonight’s opening, I had a private backstage tour of Helsinki’s promising Music Centre, perhaps the most auspicious concert hall since Walt Disney in LA – and with the same acoustician. But more of that when I have heard it in action.

Yesterday, I got to see where the two resident orchestras get to hang their bows and bells. Being Finland, the musicians were asked what facilities they wanted backstage. The Helsinki Philharmonic put in for coffee machines and spartan, designer armchairs. The Finnish Radio Orchestra asked for saunas.

And got them. Separate ones, men and women, already in use after sound-test rehearsal by evidence of yesterday’s puddles on the floor.

These are strictly orchestra-only saunas. I guess they might allow an occasional soloist to squeeze onto a crowded bench if he or she asks really nicely. But no conductors. That’s the rule. Unless some musician gets an overwhelming urge post-concert to beat a maestro with birch twigs.

UPDATE: Paul Curran, outgoing artistic director of Norwegian Opera and Ballet, has messaged me to say his new house has backstage saunas, too. I guess they let singers in, disturbing the perfect peace.

LATEST: The conductor Jesper Nordin tweets that the radio hall in Copenhagen installed a sauna (below) for the use of Leif Segerstam when he became conductor. Helsinki, more democratic, has listened to its musicians.

The embattled orchestras of Rio de Janeiro, Buenos Aires and Quito (Ecuador) can take comfort from fresh resolutions of support and action by the international orchestras conference, ISCOM. Here are the three new resolutions:

Resolution #14 – to offer support for the Orquestra Sinfônica Brasileira

Whereas, In January, 2011, rather than increasing musicians’ salaries, the FOSB ordered that every player submit to artistic re-evaluation by Music Director, Roberto Minczuk, who promised to dismiss everyone who refused; and

Whereas, The FOSB simultaneously scheduled auditions in New York, London and Rio to replace those dismissed musicians during a five months suspension of the OSB season and attempted to force the OSB Youth Orchestra to replace the suspended professional musicians (in other words, those students’ teachers) during this transitional phase; and

Whereas, The FOSB ultimately sacked 33 from their complement of 82 musicians, including both officers of the local Rio Musicians’ Union; and

Whereas, Following months of local and international outcry, and after the Brazilian Labour Ministry and Immigration Board refused to issue work permits to foreign musicians hired to replace those illegally terminated musicians, the FOSB finally began initiating steps to address this injustice when they announced a reduction of Roberto Minczuk’s responsibilities from Artistic Director to that of Staff Conductor; and

Whereas, A new committee named by the FOSB to assume Roberto Minczuk’s artistic authority has begun in earnest to negotiate with the local union to find a rational and amicable solution to the current crisis; and

Whereas, An agreement was reached and ratified in early August, to re-integrate all 33 musicians without re-audition, in a newly created Chamber Orchestra that is not under the direction of Minczuk; therefore, be it

Resolved, That, while recent negotiations between the FOSB’s newly appointed Artistic Direction Committee and the local musicians’ union resulted in a newly ratified agreement, a number of sensitive issues remain that should be handled in a fair, equitable and transparent manner; and be it further

Resolved, That the FOSB additionally investigate and consider implementation of the same audition, tenure and termination procedures commonly accepted by most major Western European and North American orchestras rather than the oligarchic and arbitrary termination practices demonstrated this year by the Music Director and board.

Whereas, There has been a great deal of unrest in orchestras in Brazil, Ecuador and Argentina at the end of 2010 and into the spring of 2011; and

Whereas, In a stunningly similar move to recent actions by the Fundação Orquestra Sinfônica Brasileira (FOSB), the Management of the Orquesta Sinfonica de Guayaquil (Ecuador) cited similarly unrelated federal laws pursuant to the regular re-evaluation of federal workers, and has ordered mandatory re-auditions of its entire orchestra this September; and

Whereas, Symphonic musicians in Ecuador work without either the rights guaranteed by a legally binding collective bargaining agreement or the benefits of a musicians’ union to act as bargaining agent; and

Whereas, Union representation (from non-existent to strong) available to orchestra musicians throughout the Americas appears to be wide ranging and complex; and

Whereas, ICSOM and the other North American orchestral player conferences’ core principle is to promote and support the rights and welfare of all orchestral musicians; and

Whereas, The American Federation of Musicians and ICSOM believe the rights of workers of all kinds to join together and act in concert for their mutual aid and protection should be considered inalienable; therefore, be it

Resolved, That the Delegates to the 2011 ICSOM Conference express their support for orchestral musicians throughout the Americas and the world, and condemn and deplore the actions of the management of the Orquesta Sinfonica de Guayaquil as a blatant attempt to abuse and destroy the rights of their musicians; and, be it further

Resolved, That because the players’ conferences of the American Federation of Musicians – ICSOM, OCSM, ROPA, RMA and TMA – have proven to be such valuable resources for their members, that orchestras in other countries be offered encouragement, resources and support for their efforts to organize their own national conferences tailored to their own regional needs and cultural values.

Whereas, The Orquesta Filarmónica de Buenos Aires and Orquesta Estable del Teatro Colón endured a three-month period when musicians and other staff employees performed without paychecks; and

Whereas, These employees, including 41 permanent musicians of the Teatro Colón Orquesta, were locked out by the Buenos Aires government-backed management; and

Whereas, In June, the General Director of the Teatro Colón attempted to sue the eight alleged “spokesmen” during the strike consisting of four orchestra musicians, three chorus members and the theater’s official photographer, for $15 Million (US) for losses incurred by the Teatro Colón as a result of the ongoing ‘strike’; and

Whereas, The General Director’s suit was ultimately unsuccessful; therefore, be it

Resolved, That the management and General Director of the Teatro Colón be urged to identify responsible and amicable solutions to this disastrous situation that has unnecessarily wrought havoc upon the lives and livelihoods of these musicians who went unrecognized by that same management when the musicians and staff employees faithfully performed their duties without pay for three months before their illegal termination.

After cancelling his second performance of Bluebeard’s Castle at Matsumoto, it is now reported that the pneumonia-stricken conductor has been forced to abandon his participation in the Saito Kinen Orchestra’s China tour.

He will be replaced by his excellent French understudy, Pierre Vallet.

The news was broken by the well-informed Musical America website, which has close links to Ozawa’s management at Cami.

Today’s hospital bulletins report that Salvatore Licitra, critically injured when his Vespa hit a roadside wall, remains in a serious condition (extremanete grave) after emergency surgery at the Garibaldi hospital in Catania. There has been no worsening to his condition, said Sergio Pintaudi, head of the hospital’s resuscitation team, but he remains ‘in an evolutionary phase, open to any eventuality’.

Here’s the latest, from Repubblica Palermo and the AGI news agency.

My Salzburg Festival programme essay has now been posted online by my UK publishers to mark the appearance of the paperback edition of Why Mahler?. It amplifies the way that Mahler extrapolated his childhood forest experience to create new applications for symphonic music.

You can read it here.

Early analysis of last week’s 13 percent rise in US classical CD sales on the Nielsen indicates, regrettably, no huge resurgence for Mozart and Mahler. Instead, it’s crossover and trash TV that contribute principally to the increase.

The biggest selling ‘classical’ CD of the period was pre-teen Talent star Jackie Evancho with 427,992 albums sold in the year to date. Next was the Il Volo boy band with 120,899. Ah well, the illusion was nice while it lasted. And yes, there was a better performance from small indy labels.