Taking Carmen to the Congo to stem the culture of rape

Warner executive Joe McKesson is working on a production of Carmen that he intends to stage in central Africa as a corrective measure to the spread of rape as a political and military device.

Here’s what he tells me:

Our La petite Carmen is a cautionary tale against violence toward women. We will also give Make-your-own-opera workshops to children suffering from Riverblindness…we are being sponsored by the United Front Against Riverblindness, and we have a documentary already being made. We have our first fundraiser at the end of July.

Daniel Shungu, the Executive Director of UFAR spoke Wednesday to a fundraiser at the New York Public Library and the crowd was riveted…the Congo could very well be our future if we do not work to preserve the water ways and control disease, in America 900 billion gallons of sewage are poured into the rivers and streams…that is as much water as pours over Niagra Falls in 21 days. I’m very passionate about this….we want to use opera to support the actual people of the Congo and bring attention to the people beyond the headlines of violence and disease…my brave troupe are truly pioneers …music is eternal, story telling through music our greatest tool. 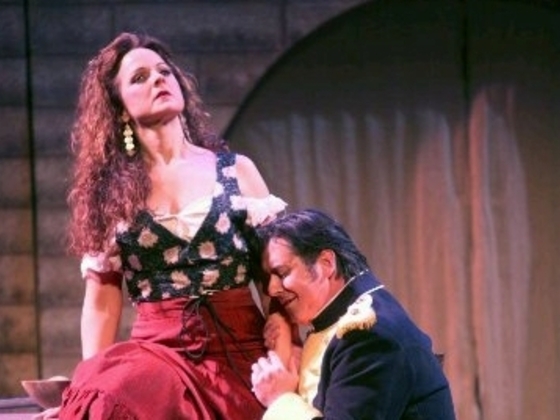 Here‘s more about the project, which is based in Philadelphia, together with details of how to support it. If you’re mulling over how to make a better world on Independence Day, this is no bad place to start.

« Last prize at the Tchaikovsky competition

An opera disaster unfolding in Prague »