How gay is your opera?

The twitter storm that has erupted around Opera North’s cancellation of a new work for schools by Billy Elliot creator Lee Hall has, so far, generated far more heat than light. 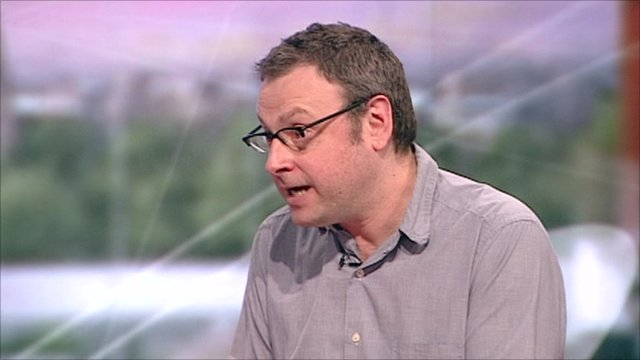 Hall, seen here on BBC Breakfast, started the ball rolling with a call to the Guardian on Friday, asking if he could write an article about the censorship he was facing in Leeds. He had been asked to cut a couple of lines of text. When this blew into total cancellation, the playwright earned global martyr status and the opera company became a whipping boy for every egalitarian voice from Jeannette Winterson down. Opera North was suddenly the new Stonewall and normally sane voices were calling for a boycott.

Hang on a minute. This is opera, right? Gay people are the single largest non-organised component in an opera house, after chorus. No opera house on earth would knowingly engage in anti-gay discrimination. This very month, there is a gay-themed opera, Two Boys, at the London Coliseum which breaks the barrier of under-age sex. Opera North is innately part of an artform that cannot risk homophobia.

Much of the information has come from secondary and tertiary sources. The New York Times story did not speak to a single person or institution involved. Common sense and journalistic practice went right out of the window. ‘It’s about silencing gay people and wanting to wipe them out of being in this play,’ said Hall.

So what really happened? From the evidence to hand, it appears the local authority objected to a couple of lines, the librettist took umbrage and the whole thing was blown out of all proportion. Opera North has accused Lee Hall of showboating.

As matters stand, it appears that the opera – Beached – may yet go ahead in those schools where parents are happy to see it.

After all this fuss, everyone will want to see it. Lee Hall has got what he wanted, unlimited exposure for the script he believes in.

There’s also a composer, by the way. His name is Harvey Brough. In most operas, the composer comes first. He seems to have been forgotten.

That’s not the only priority that has got grotesquely skewed in this sorry, overheated saga.