Richard Mantle, director of Opera North, has disputed Lee Hall’s claim of having his opera, Beached, censored for homophobic reasons. 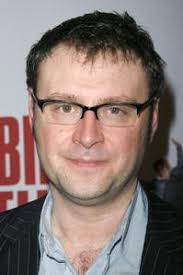 The cancellation has provoked a global twitter storm. Mantle, in a third statement put out by the company in 10 hours, gives a measured account of events and blames one participating school for the cancellation.

Here‘s Mantle’s version. It may not be the end of the matter:

Beached was commissioned by Opera North as part of its work to engage communities and young people in the Bridlington area through active participation in an exciting, bold and visionary new work which they would help bring to life. Had we been in a position to perform the piece, the results would have shown just what a excellent new work Beached is and what inspirational achievement is possible through projects such as this, which Opera North prides itself in offering.

The fact that the piece can no longer be performed due to the withdrawal of the major school participant is deeply disappointing for everyone involved in the project to date, not least many young people, and we regret that the efforts of the Bridlington community can no longer be rewarded by a public performance.

The decision of the main school to withdraw from the project – which saw 300 participants removed in one go – was the fundamental and only reason that Opera North had to cancel the planned performances. Opera North has worked tirelessly to urge the school to continue its involvement and continues to fully support the work and the messages it tried to convey through the story.

We do have to recognise that this project is being treated as part of the core curriculum for the school concerned, and to that extent very different from a community project where participation is voluntary.

Opera North did recognise that some of the subject matter contained within the piece would need to be handled in ways which would be appropriate to the age and background of the performers and intended audience. We have been working with both the librettist, the school and participants to achieve a solution which was appropriate.

Opera North does not consider the subject matter to require censorship nor do we feel that the inclusion of the themes was inappropriate to the intended audience and participants; and there was no attempt to excise a gay character from the piece. Lee Hall  has been willing to introduce changes and make adjustments to the libretto, but in relation to the scene which has caused the most difficulty for the school, Lee refused to make any further change, as is his right as a librettist.

We regret that some people associated with the project have decided to view the decision not to proceed with performances as being based on a homophobic fear on the part of Opera North. This is utterly at odds with the reality of the company’s ethos about inclusivity, diversity and access to all, indeed Opera North prides itself on its stance towards sexuality.

Opera North feels that the decision by Lee Hall to suggest that the production was cancelled due to a homophobic stance on the part of the company is unacceptable. It is so at odds with the reality of our views on the issue, and so publicly misrepresents the situation in such a demeaning way.

« A state capital gets a Mahler statue