My Mahler Eighth is bigger than yours

Over the past year, there have been more performances of Mahler’s Symphony of a Thousand than at any time since its premiere in September 1910 including – would you believe? – a national premiere in Vietnam.

There was even an attempt to revive the original venue in Munich, now an International Exhbition Centre, but here as is most other outcomes, compromises were made, dreams abandoned and the symphony was scaled down to manageable dimensions. In Munich there were reportedly just 400 performers. 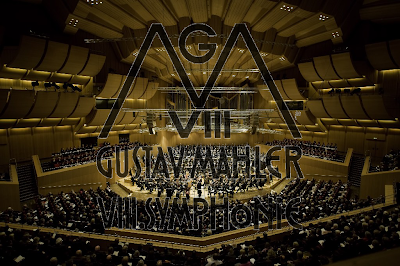 Nothing wrong with that. One of the finest accounts I heard was Andris Nelsons in Birmingham, with 650. Here’s some video.

Gustavo Dudamel, however, does not think small is necessarily beautiful. The Mahler Eighth announced for Los Angeles next February will have well over 1,000 performers and will play in The Shrine, home to the Oscars and the Emmys, a venue that seats 6,500.

It is also surely the first performance of Mahler Eighth to feature a Gay Men’s Chorus. Way to go, Gustavo!

WHAT: Gustavo Dudamel will lead the combined forces of the Los Angeles Philharmonic and the Simón Bolívar Symphony Orchestra of Venezuela – joined by the Los Angeles Master Chorale, Los Angeles Children’s Chorus and community choruses – in a performance of Mahler’s Symphony No. 8, known as the “Symphony of a Thousand,” at the historic Shrine Auditorium for a spectacular performance with over 1000 musicians and singers. A roster of vocal soloists will also take part.