Highlight of the Leipzig Bach Festival next week is the first staging in centuries of Zanaida, by Johann Christian Bach, who spent the best years of his life in London from 1762 as music master to Queen Charlotte. He died here in 1782 and is buried in St Pancras.

Zanaida is being conducted by David Stern and signals a tentative J. C. Bach revival. The French counter-tenor Philippe Jaroussky has recorded an album of arias for EMI and several others are showing interest in a composer who strongly influenced the young Mozart. 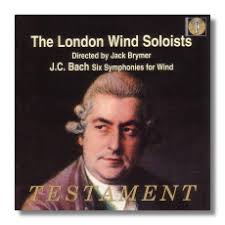 Some more info here, in German.