Last clear voice at the Met

I was very sorry to read that Johanna Fiedler has died.

Later as an independent writer, she wrote biographies of her adored father Arthur, conductor of the Boston Pops, and a finely balanced history of the Met, Molto Agitato, which was deprecated in the New York Times for not peddling enough gossip. Read carefully, it told more than most appreciated at the time about the long-running trials and tribulations of James Levine.

Outside the Met, Johanna did not have a happy life. A difficult romance with a conductor who was tipped (like so many) to succeed Levine came to naught and I never found it easy to make her laugh, likeable as she was. Johann was only 65 when she died, too soon.

Since she left, the Met has showed a stonier face to the media world. 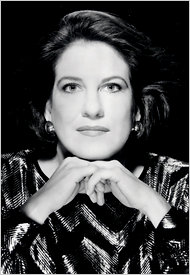 Another baton rising from the ranks »