Detlev Glanert, one of the most staged composers on the continent, chimes in with Caligula, which ought to be a spine-chiller.

And Wolfgang Rihm is back with Jakob Lenz, an essay on alienation. 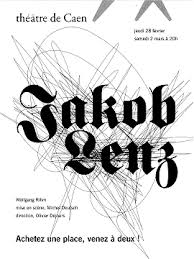 David Pountney will direct the UK premiere of Mieczys?aw Weinberg’s The Passenger, among 11 new productions.

Looks like a great year ahead at the Coli.

Where's the next Beethoven cycle? »