The cover of the 2011 Glyndebourne Festival programme is a far cry from the English pastoralities of bygone years.

It’s by Grayson Perry, the cross-dressing, Turner-winning potter, and it takes off more frocks than it dons.

Indecorous, in parts, and richly self-mocking in a post-modern way, it was unveiled a few minutes ago on twitter.

Oh, all right then.

The last time I discussed cultural policy with the man who is now Mayor of London, he turned up late on his bike and I paid for the wine. Tonight, he’s in the chair, but still soaking up the kudos.

What Boris Johnson is announcing is a new fund to boost music lessons for children in London. There will be £2 million ($3m)  in the kitty by next year and a host of worthies, some nominated by me, to make sure the money is wisely spent. Nothing of the kind has been attempted before in this country. Boris, not always the straightest face in the mugshots, is sold on the idea of elevating children through exposure to the arts.

Here’s what some of the good guys are saying about it. 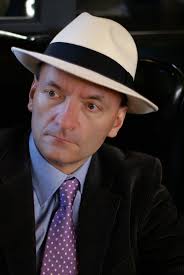 “The launch of MFYM is something quite wonderful.  It shows a trust in the power and value of great music, and a trust in the young people who will benefit from this scheme, joining excellence and the highest standards with the widest possible access.  Applause all round!” Stephen Hough, pianist and MFYM Patron

“This wonderful initiative has arrived not a day too soon. At last a chance for young people with a curiosity for music to really have an opportunity to try their hand and realise a creativity previously reserved for others more financially fortunate than themselves.” Chi-chi Nwanoku, Double Bass player and MFYM Patron

I fully support the Mayor’s Fund for Young Musicians and recognise that implemented responsibly it will improve access to music making at the highest level for all children in all genres. This in my mind is as it should be and will enrich their lives and all of ours, now and in the future. Julian Joseph, Jazz pianist and MFYM Patron

Music can transform a child’s life in so many ways. A child singing to him or herself is a happy child. The benefits of studying music – emotional, social and intellectual – are well documented. The Mayor’s Fund for Young Musicians will encourage as many children as possible to tap into those benefits, and to follow their musical dreams. Steven Isserlis, cellist and MFYM Patron

Here’s my Levine piece from a couple of weeks back, published in Shanghai where classical interest is sophisticated and growing by millions.

The all-classical and high culture station – where I conduct the Lebrecht Interview – had 2.26 million listeners in the last quarter, up 11.5% year on year, according to the montoring agency Rajar.

Overall, BBC Radio reached a record 35.07 million people per week, 67.3% of the population.

Prince Charles and I do not share the same tastes in music. He likes the old pomp and circumstance with a special preference for Hubert Parry, whom he is gifting to the nation in a forthcoming TV documentary on May 27.

I like to start the day with a dissonance and a 12-note row, saving the big tunes for funerals and barmitzvahs.

It’s a respectable difference of opinion, and one that we’ll never reconcile. I was arguing it out only last night at the Hatchards author’s party with Ian Skelly, co-author of his book on Harmony. 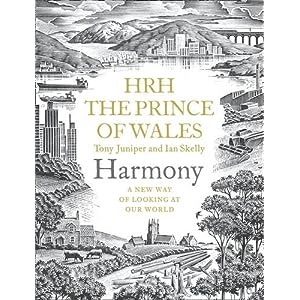 Still, I do admire Prince Charles for taking the high ground in matters musical and never stooping to curry favour with the music business, which would not know an ethical principle from a tub of lard. He keeps it serious and clean. He has even conducted an orchestra for his wife’s birthday.

Why, then, is his dearly beloved Duchess sailing out tonight to grace the Classic Brits? (announcement here)

The dumb-down show is a caricature of musical endeavour, a glam-fest for artists who can’t quite make the commercial big time and shelter instead under a leaking classical umbrella. Why is the Duchess of Cornwall giving royal cred to this sad crew? Is she secretly a fan of Il Divo? Does her husband know?

Her presence there can only undermine the good work he does.

The Scots have just announced another coup. They have hired not one but two new concertmasters for the RNSO.

But watch the small print.

James Clark is already leader of the Phil in Liverpool. He will do both jobs in future.

Maya Iwabuchi plays for the Mobius Ensemble and is listed as one of the concertmasters at the Philharmonia in London since 1994.

What’s going on here? I know that swagger bands like Berlin and Vienna have rotating concertmasters, generally because to get the leader they want they need to fit into his or her busy solo and teaching career. But lower down the celebrity chain, in smaller states and cities, the resident concertmaster is a really important feature and prominent citizen in the life of a society and its orchestra. See here.

So: whatever happened to the fulltime concertmaster?

What does an orchestra gain from part-timers?

Why does a proud band like the Phil need to share its striker? (You can bet the football club would never do that).

Can’t the RNSO find the right concertmaster in the whole of Scotland that it has to make a cross-border raid?

What happens to an orchestra’s brand when you never know who its prowhead is going to be?

James Clark and Maya Iwabuchi have been appointed Leaders of the Royal Scottish National Orchestra (RSNO). The appointments make them the nineteenth and twentieth Leaders since the Orchestra began in 1891, and the first time in the Orchestra’s history that two musicians share the leadership of Scotland’s national symphony orchestra.

James and Maya will be familiar to regular RSNO attenders. Scottish-born James was recruited as RSNO Principal Guest Leader, a newly-created position, in June 2010 but has now accepted the invitation to increase his commitment to the Orchestra – he will now appear with the RSNO for up to half of the orchestral year. James’ position runs in tandem with his role at the Royal Liverpool Philharmonic Orchestra (RLPO), where he has been Leader since 2005. James has previously held leader positions with the Scottish Chamber Orchestra (SCO) and more recently the Philharmonia Orchestra.

Maya has appeared with the RSNO as guest leader many times over the past year and has a wealth of experience as an orchestral and chamber musician. She has worked with James Clark for many years, leading the Philharmonia Orchestra since 1994. Maya has also been performing as a member of the Mobius Ensemble from 2004. She will be leading the RSNO next week for its Naked Classics concerts in Dundee, Edinburgh and Glasgow.

Alongside their performance duties James and Maya will play a role in the organisation’s audition and appointment process, allowing the RSNO to benefit from their experience in the orchestral world.

RSNO Acting Chief Executive Kenneth Osborne: “The appointments of James and Maya are hugely significant and key to the RSNO’s continued development. These outstanding musicians’ track-records speak for themselves – they are two of the best orchestral musicians in Europe. Both James’ period as Principal Guest Leader and Maya’s as guest leader have made a major impact on the Orchestra and their leadership, both onstage and behind-the-scenes, will continue to bring concrete, tangible and satisfying results.”

RSNO Leader James Clark: “It is a marvellous honour to be appointed the Leader of this exciting organisation. With Maya, whom I have known and worked with for many years, I see many opportunities waiting to be explored and hopefully our long experience as leaders will give us the chance to further grow the Orchestra musically and dynamically. I certainly look forward to carry on working with Stéphane Denève for his final year as RSNO Music Director and I welcome Peter Oundjian, with whom I have already enjoyed working, and who I know will be a source of inspiration to us and a great benefit to audiences across Scotland.”

RSNO Leader Maya Iwabuchi: “’The wonderful musicians and staff of the RSNO have made me feel so welcome as guest leader and in the past year I have been impressed with, and moved by, their pride and passion for the organisation. I particularly admire the RSNO’s commitment in bringing new and younger audiences to the concert hall to experience the thrills of live performance. And I am especially pleased to work alongside Jim Clark again, with whom I’ve shared many invaluable collegial moments over the years.  I very much look forward to my future with the RSNO.”