Would you respond to this appeal?

I’ve received a letter from the Philadelphia Orchestra, urging me to offer financial support in these difficult times. Although couched in the smarmiest PR-speak and promising a wonderful future, everything about the letter is wrong. It announces that the company has sought bankruptcy protection and is therefore in deep trouble. It announces no change of management or policy or anything. It is therefore asking me to throw good money after bad.

If the letter had gone out ahead of the insolvency threat, and if it had been accompanied by solid testimony of how the orchestra plans to pull itself up by the boot-strings, I am sure many would have responded. This, though, is just wallpaper, window-dressing, a declaration of institutional confusion.
Read below:
Patron E-mail Letter.PDF
Oh, and it’s Leopold Stokowski’s birthday today. He’d have been devastated at these events. 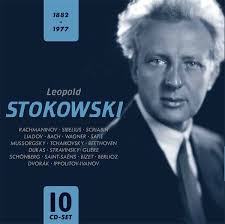