The busiest conductor that ever lived

I had one of my periodic lunches yesterday with Sir Neville Marriner, of which not a word may pass my lips.

Today, April 15, is Neville’s birthday. He’s 87.
Being Neville, he was just off a plane from somewhere and onto a train, always on the go, back from conducting the Academy of St Martins across Germany, the New World Symphony in Miami, some other orchestra in Poland.
No conductor apart from Herbert von Karajan has made more recordings than Neville and none was ever so hyperactive in his late eighties, driven by the lifelong urge to provide good work for good musicians and by sheer pleasure in what he does.
There was a bulging briefcase beside his chair. ‘What’s in there?’ we wondered.
Two scores he had never conducted before. He was learning them, at 87, for a tour next year. As a favour to a friend.
Happy birthday, Neville! 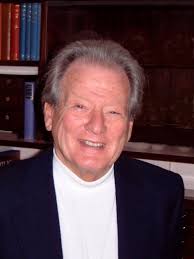 Here’s one I wrote earlier, seven years ago.

Is this the beginning of an orchestral spring? »