Would you buy a used Monet from this man?

Christie’s have just announced the sale of works from the collection of Jeffrey Archer.

For those unfamiliar with shlock fiction, Archer is a phenomenally successful producer of works in that genre. He was previously a Member of Parliament who went to prison for perjury.
Never mind the whiffs of impropriety that trail his reputation like so many old herrings. Never mind the lumps in his prose. What puzzles me is how anyone would trust the taste and provenance of a fallen politician and literary clunker. Why Christie’s think Archer’s ownership adds value to the sale I cannot imagine. Are they, perhaps, exploiting notoriety?
If I wanted to own a Monet (and I do, I do), I think I’d wait for the next auction.
Press release follows: 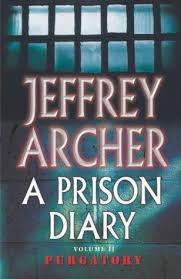 WORKS OF ART FROM

THE COLLECTION OF JEFFREY ARCHER

TO BE OFFERED AT CHRISTIE’S

Evening gala auction on 27 June will offer mementos and collectibles, with all proceeds to benefit various charitable causes

Art collection to be offered on 28 June at Christie’s South Kensington and will include works by Sickert, Monet, Renoir, Rodin and Warhol

London – Christie’s will present two auctions associated with international best-selling author Jeffrey Archer in June 2011 in London. On the evening of 27 June at King Street, Christie’s will host a gala auction with all proceeds to benefit charitable causes with Lord Archer as the guest auctioneer. On 28 June at South Kensington, a selection of approximately 150 works of art from Lord Archer’s collection will be offered at a dedicated sale expected to realise in excess of £5 million.

Lord Archer: “I recently celebrated my 70th birthday – an event which prompts a certain degree of thought and realization. As a result, I have begun to restructure my art collection with a view to the future. At Christie’s in June, I will host an evening gala auction with all proceeds benefiting charitable causes. This will include personal mementos that I have acquired over the years and is the ideal opportunity to highlight many great causes that are close to my heart. The commercial auction the following day will offer works of art from my personal collection as well as works from the Neffe Gallery, of which I was, for three decades, a business partner. I have always enjoyed being an art collector and amateur auctioneer, and these two events allow me to celebrate both.“

The gala evening auction will take place at Christie’s King Street salerooms in St. James’s and will offer a selection of approximately 20 mementos, collectible relics and items, both from Lord Archer’s personal collection, with additional donations from several famous public figures. All proceeds will benefit charitable causes. On of the highlights donated by Lord Archer will be the senior timekeeper’s stopwatch that recorded Roger Bannister’s first four minute mile at Iffley Road on 6 May 1954, which will be sold to benefit Oxford University Athletics Club. Further lots will be revealed at a later date.

The auction o
f works of art from the Coll
ections of Lord Archer will take place at Christie’s South Kensington on 28 June and will offer approximately 150 works of art with a total value in excess of £5 million. Lord Archer has been an avid collector of art since his university days, and this passion has driven him to ammass an impressive collection. It also led to a business partnership with the celebrated Neffe Degandt Gallery in George Street, London, a business which recently closed its doors on the retirement of the highly respected art dealer Christian Neffe. The collection to be offered at Christie’s presents selected works of art from both the private and corporate collections of Lord Archer, with estimates as low as £1,000. Highlights include La Seine près de Vétheuil, temps orageux, 1878, by Claude Monet (1840-1926)  (estimate: £800,000 to £1,200,000); L’Eternelle Idole (Grande Modèle) by Auguste Rodin (1840-1917) (estimate: £300,000 to £500,000); Marilyn (Feldman & Schellmann II.24)by Andy Warhol (1928-1987) (estimate: £100,000 to £150,000); and Rue de la Boucherie with St Jacques by Walter Richard Sickert (1860-1942) (estimate: £50,000 to £80,000).

Jeffrey Archer, whose novels and short stories include Not a Penny More, Not a Penny Less, Kane and Abel and Only Time Will Tell, has topped the bestseller charts around the world, with sales of over 250 million copies.  With fifteen novels, six sets of short stories, three plays (all of which have been performed in London’s West End), three children’s books, one gospel, and three volumes of prison diaries, he is published in 97 countries and 33 languages.

Educated at Wellington School, Somerset, and Oxford University, he gained an athletics Blue, was President of the University Athletics Club, and went on to run the 100 yards in 9.6 seconds for Great Britain in 1966. Jeffrey has served five years in the House of Commons, nineteen years in the House of Lords, and two at Her Majesty’s pleasure, which spawned three highly acclaimed Prison Diaries.

Jeffrey currently spends much of his time as an amateur auctioneer, conducting around 30 charity auctions a year, and has raised more than £39 million for various charities in the past 30 years.

Jeffrey has been married for over 40 years to Dr Mary Archer, who is chairman of Cambridge University Hospitals NHS Foundation Trust (incorporating Addenbrooke’s and the Rosie Hospitals in Cambridge) which will be one of the beneficiaries of the charity auction on 27 June.