Musicians in many countries are now blacking out their Facebook pictures in support of players in the Brazil Symphony Orchestra, who are being made to reaudition for their own jobs. Pressure is also being put on five foreign judges not to participate in the audition process.

Among those leading the resistance is Ole Bohn, concertmaster of Norway’s national orchestra, and Alex Klein, former principal oboe of  the Chicago Symphony Orchestra. There are also indications that the Brazil SO music director Roberto Minczuk may face a musicians’ boycott if he attempts to conduct abroad.
Protests continue to mount and discussions are simmering across instrumental chat sites and message boards. Further progress will be reported first here.
Elsewhere in Rio, the Guardian reports (below), it’s carnival as usual. 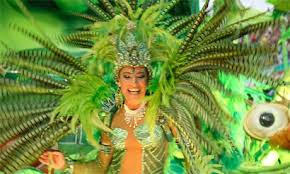