Why Arsenal and Spurs are more thrilling than the Berlin Philharmonic

The Guardian has raised the Berlin noise another notch by asking, on its op-ed page, why London (among other great cities) can’t have an orchestra like Berlin. The question has been rumbling for almost 50 years – ever since Lord Goodman at the Arts Council tried to bang heads together and form a super-orchestra. Charlotte Higgins yearns for much the same.

The point is, there is no point. Berlin has a Mercedes of an orchestra that is driven smoothly and with little apparent friction by Simon Rattle. Good luck to them. London has five orchestras that are driven to distraction by the need to earn a living and are forever on the point of combustion.
That makes listening to most of the London bands a far more exhilarating experience than hearing Berlin being put through its immaculate paces. Berlin is a terrific machine; it seldom fails; sometimes it verges on smugness. London’s music is always on the edge of risk. Not a week goes by without a conductor or manager feeling that his/her job hangs by a thread.
That makes music in London far more exciting than Berlin, a superior spectator sport in much the same way as Arsenal and Tottenham Hotspur will always be more fun to watch than Bayern Munich – as millions of Germans would agree. 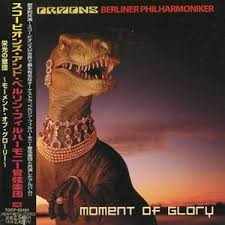 London has an awkward yet entirely unique musical ecology. Attempts by official bodies to tamper with it are doomed to failure. We should celebrate what we’ve got, ever striving for improvement, rather than trying to emulate the sleek solutions of a different civilisation.