The importance of naming Ernest

The City of Angels will be naming a square next month in honour of my late mate Ernest Fleischmann. He would have been so chuffed.

Ernest, more than any man, put Los Angeles on the map as an orchestral city. If the Dude can strut the city now, it’s thanks to the foundations that Ernest laid four decades ago. He broke the mould of US European orchestras hiring elderly Eurpoeans, importing Simon Rattle and Esa-Pekka Salonen while they were still learning to shave. And if he did not always get it right (he appointed Andre Previn music director), he quickly corrected his mistakes (Previn was fired in absentia). By the time Ernest retired, the Big Five looked old hat.
And then he got Mrs Disney to back his vision of Walt Disney Hall. How cool is that? 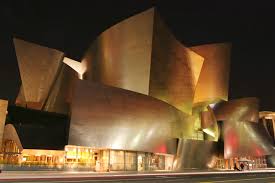 The LA Phil is giving a free concert in his memory, before putting his name on the walk of fame. Wish I could be there. And wouldn’t it be nice if they also named something for Betty Freeman, who power-drove Ernest’s new music programs?
Press release follows.

WITH A SPECIAL FREE CONCERT AND NAMING OF ERNEST FLEISCHMANN SQUARE

The tribute concert begins with Boulez’ Sur Incises, performed by a guest ensemble of three harps, three pianos and three percussion, and led by the composer. Next on the program is the U.S. premiere of Salonen’s Dona Nobis Pacem with the Los Angeles Children’s Chorus (LACC), conducted by LACC Artistic Director Anne Tomlinson. The program continues with Donatoni’s Arpèges, conducted by Bringuier, and closes with Stravinsky’s Renard, led by Salonen and featuring singers Chaney, Gershon, Gonzalez and Bruton.

“We honor our dear friend and colleague Ernest Fleischmann with an unusual program but clearly one that he might well have selected himself. At the very least we certainly hope he approves from wherever he is listening. It celebrates the visionary spirit and elegant taste of a giant upon whose shoulders we all stand. A day does not go by that I do not think of him and miss his remarkable presence,” says LA Phil President and CEO Deborah Borda.

During his 29-year tenure with the LA Phil, Fleischmann helped catapult the organization into the upper echelon of American orchestras. He also played a pivotal role in the process of commissioning and building the Frank Gehry-designed Walt Disney Concert Hall.

The City of Los Angeles named Ernest Fleischmann its First Living Cultural Treasure when he stepped down from his position with the LA Phil in 1998. After his official resignation from the LA Phil, Fleischmann remained an Honorary Life Director.

The Los Angeles Philharmonic Association, under the vibrant leadership of Gustavo Dudamel, presents the finest in orchestral and chamber music, recitals, new music, jazz, world music and holiday concerts at two of the most remarkable locations anywhere to experience music – Walt Disney Concert Hall and the Hollywood Bowl. In addition to a 30-week winter subscription season at Walt Disney Concert Hall, the LA Phil presents a 12-week summer festival at the legendary Hollywood Bowl, summer home of the Los Angeles Philharmonic and home of the Hollywood Bowl Orchestra. In fulfilling its commitment to the community, the Association’s involvement with Los Angeles extends to educational concerts, children’s programming and community concerts, ever seeking to provide inspiration and delight to the broadest possible audience.

A Tribute to Ernest

Complimentary tickets for members of the press can be reserved by e-mailing lwhite@laphil.org.