Jonny Greenwood of Radiohead has written a stunner of a soundtrack for the forthcoming Anh Hung Tran movie Norwegian Wood, based on the Murakami novel, not the Beatles track. 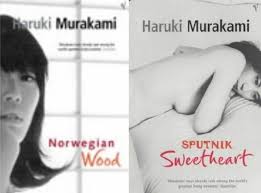 Both movie and music will be released next month (March 7/8, UK/US) and from what I’ve heard on a Nonesuch advance copy Greenwood pulls no punches when writing for orchestra.
There are sentimental passages that could have fallen off the John Williams work bench, but there are also challenging streaks of Schoenberg serialism, pentatonics and Messaieanic mysticism. Check the track Naoko ga Shina and you would never question Greenwood’s credentials as a serious composer with something new to say. 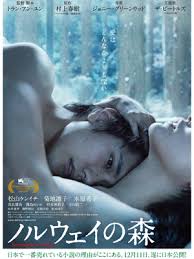 The BBC Concert Orchestra are conducted by Robert Ziegler who made some of the arrangements, with instrumental solos from Charles Mutter, Timothy Welch and Benjamin Hughes. The Emperor Quartet get a fill-in role and three tracks are written and performed by the German krautrock group, CAN.
Without having yet seen the movie, this is one of the most intelligent scores to show on screen in recent years. I wonder if the BBC might consider it for the Proms?