How green is your orchestra?

The January issue of the German magazine Das Orchester is dedicated to environmental awareness. It reports healthy progress on many fronts.

The Schleswig Holstein Music Festival has introduced reusable lunch plates. The Leiszhalle in Hamburg has replaced its lighting system. The Grafenegg festival runs bus shuttles.
Players in Daniel Barenboim’s Berlin Staaskepelle have set up a group called NaturTon to raise awareness among musicians and audiences of the damage they are doing to the planet. 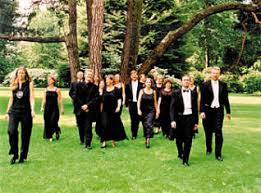 The British music industry is praised for forging ahead with Julie’s Bicycle, a cross-arts initiative chaired by ex-EMI boss Tony Wadsworth on how to make the arts less pollutant.

There is, of course, an elephant in the room. It is called orchestral touring. If orchestras like the Staatskapelle stopped jumping on planes at the drop of a fat cheque, they would save large chunks of the ozone layer and be able to play with clean consciences. It’s not as if they tour for a living. Most orchestra players are paid salaries whether they play or not, fly or stay home.
Flying orchestras is wasteful and wrong. Most musicians know that and many would like to do something about it.
Audiences can help. Support your local orchestra. Don’t buy tickets to orchestras on tour. Spread the word. Stop classical pollution.