Days after losing some of its biggest singers, floundering IMG Artists announces a major coup.

It has signed an exclusive representation deal with a ‘vocal sensation’. Phew, hold breaths. Has Netrebko jumped ship? Bocelli changed flaks? Bartoli gone bonkers?
None of the above. IMG has gone for the kiddie market with a 10 year-old from America’s Got Talent. Her name is Jackie Evancho and the agency thinks she’s the next Charlotte Church. Her first album will be produced by David Foster, maker of Josh Groban.
I wish IMG every joy with its stunning new artist. It sends a useful advisory to grown-up IMG singers that this could be a very good time to jump ship. 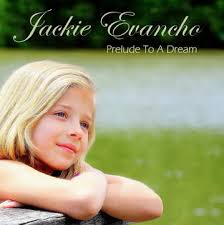 And here she is, singing on YouTube to a wound-up telly audience.
http://www.youtube.com/watch?v=SKhmFSV-XB0