Tomorrow night sees a new ritual launched on German television, After the ineluctable Dinner for One, a 1920 British comedy skit that somehow feels traditional to Germans, the main channels split for a smackdown New Year’s ratings race.

ARD, the first channel, will carry a live concert from Simon Rattle’s orchestra, the Berlin Philharmonic, conducted by Gustavo Dudamel. ZDF, the second channel, will transmit live from Dresden, with Christian Thielemann. Classical music, which rarely gets a main-channel look-in, will saturate the screens at high cost to both channels and no strategic benefit. This battle is all about bruised egos.
It used to be ZDF that carried the Berlin concert while ARD got on with public revelries. Last year, Berlin demanded more money for a contract renewal and ZDF pulled out – only for the premier channel to pay up and take over for three years. Rattle’s media managers rejoiced.
That went down in Mainz, where ZDF lives, like a keg of stale beer. Barely was the ink dry on the Berlin-ARD deal than ZDF signed a five-year agreement with national hotshot Thielemann at his new post in Dresden. With one of those arm-twists by which TV schedulers earn their pay, Berlin kicks off at 5.15 pm, quarter of an hour ahead of Dresden. Which channel is paying most has not yet been disclosed.
Die Welt calls the contest absurd – the more so since both channels will lose out massively next morning to the Vienna Philharmonic, whose New Years Day concert is watched by 45 million people in 71 countries. There is an added frisson to this year’s Vienna event since it is conducted by the new Vienna Opera chief, Franz Welser-Möst. A fourth New Years concert will be beamed from Venice, conducted by Daniel Harding. By the time that glut is over, music lovers will be reaching for sugar-free Schoenberg and Xenakis. 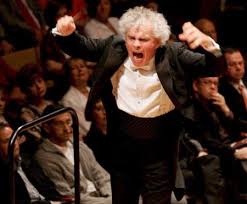 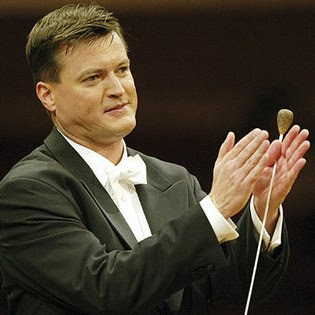