A Writer, Defined by Occupation

Harry Mulisch, who has died in Amsterdam aged 83, never escaped the shadow of German occupation in the Second World War. Growing up with a father who collaborated with the Gestapo was a guilt that pervaded his fiction in ways ever more painful and ambivalent.

The Assault, his best-known novel and the first I read, follows the ruined adult life of Anton who, as a boy, witnessed a German retaliation on civilians for the murder of a quisling.

Siegrfried, even more dangerous, cuts to the question of why Germans felt the urge to follow Hitler. Mulisch had the great skill of creating situations that absolved him of polemic. The narrator never rants. Everything flows from the central character and the reader is left with the sensation of going places he or she has never been before.

Mulisch is a unique writer, still too little known in English translation. 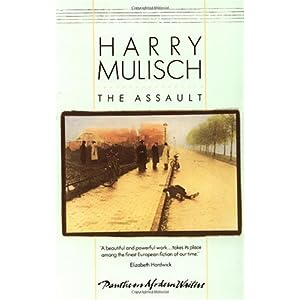 « Has the Arts Council gone to war with the arts?